Smart Integrated Corrosion Monitoring System (SICMS) “Atlantic” is designed for distance characteristics of CPS control, optimization and adequate management of technological characteristics of cathode protection stations. The System provides with a technological process of CPS support  at a good level between destructive zones of “underprotection” and “overprotrction” considering monitoring data, geological conditions in the location point of a pipeline mainlaying as well as climatic or seasonal changes.

THE FOLLOWING GENERAL RANGE OF EQUIPMENT AND MODULES CAN BE INCLUDED INTO THE SYSTEM:

A structural scheme of CPS of the System “Atlantic” makes up an Automatization Module (MA) of SICMS.

The Automatization Module (MA) CONSISTS OF THE FOLLOWING EQUPMENT:

These servers can be located in one single-unit server according to the system complication and quantity of the equipment.

The Client’s Part consists of:

The following parts of the system are used as connection system. They are as follows:

AS A RESULT OF SMART INTEGRATED CORROION SYSTEM “ATLANTIC” WE ACHIEVED THE FOLLOWING: 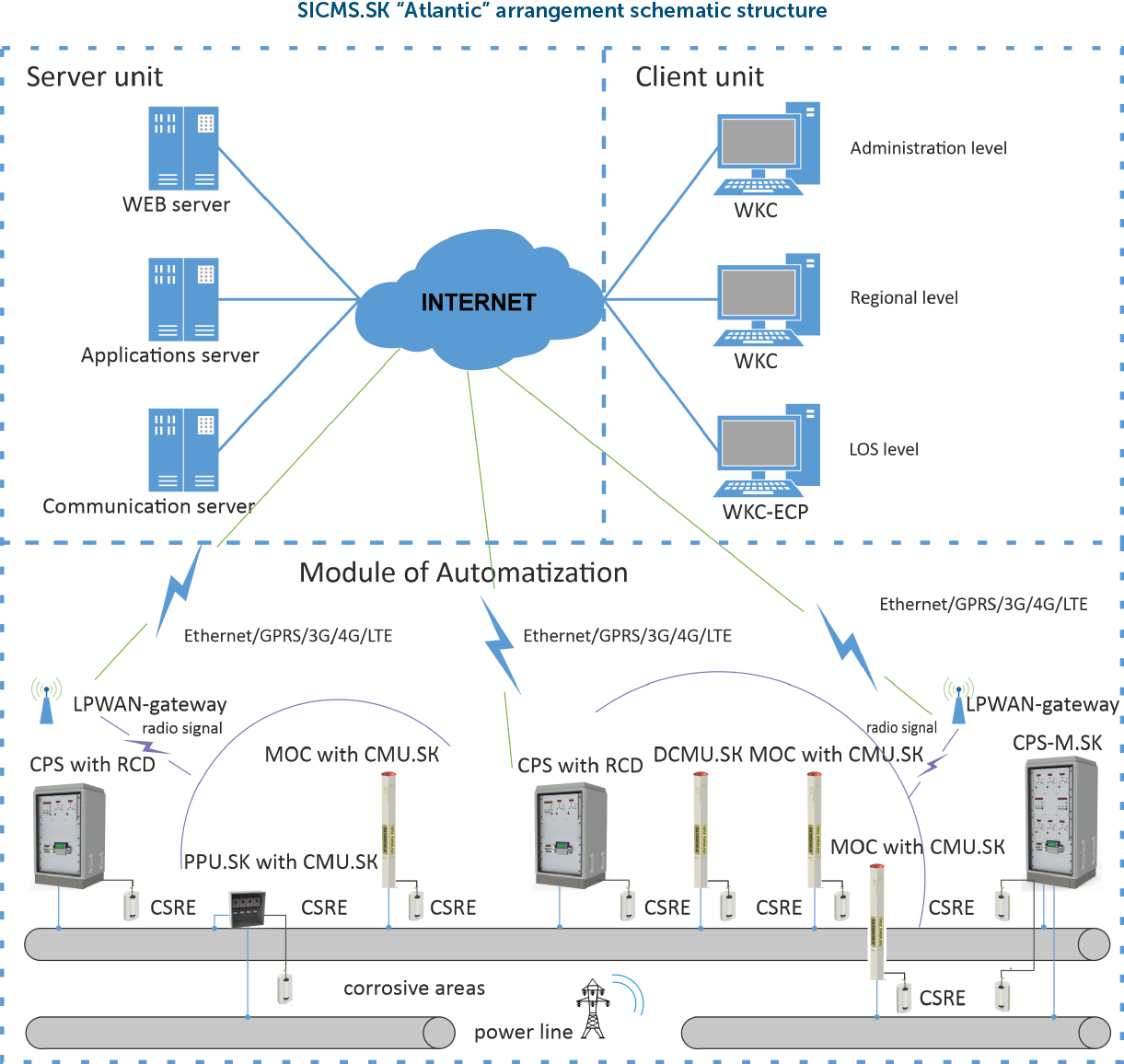