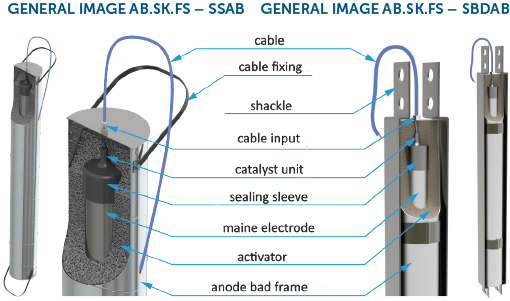 Anode beds (AB.SК) are designed for using them as the low-soluble elements of the anode beds connecting the positive terminal of an alternator of CPS with the ground and for providing protective currents exhaust into the ground.

FOUR GENERAL MODIFICATIONS OF THE ANODE BEDS AB.SK ARE PRODUCED:

The anode bed AB.SK. is produced by using a method of special corrosion resistant foundry FS 15 (iron silicon) according to GOST 7769.  In case of high chloride content or sea water content the foundry becomes alloyed by chrome which increases its resistance.

SSAB.SК.FS are delivered in the kit. They are delivered in a metal tube filled with a mineral activator. An anode layer activator significantly increases a connecting current-drainage space and this process makes transient resistance “operational electrode – ground” low as well as protective current spreading. 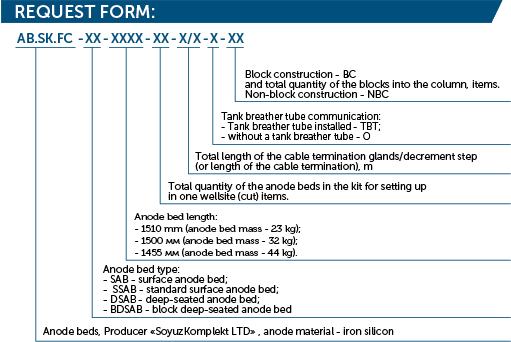